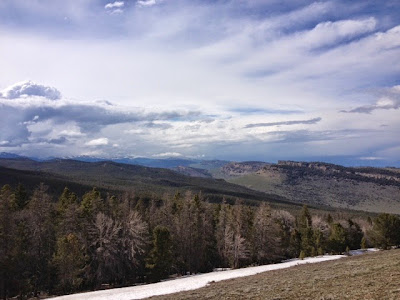 Well it's been about a month since the last post, and I think it would be an understatement to say that I've been busy. A good busy though. 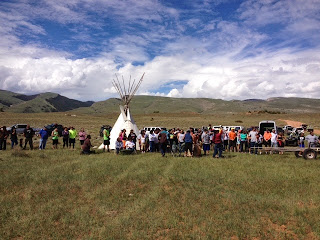 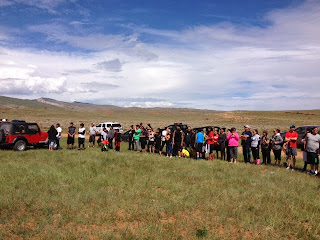 Two weeks ago (whoa time flies) I participated in the Moccasin Lake Challenge. It is an entirely free event held on the Wind River Indian Reservation, beginning just outside the town of Ft. Washakie and winding roughly 18 miles and climbing 4 or 5,000 vertical feet into the Wind River Range, finishing at the beautiful subalpine Moccasin Lake. The race director was very clear that it was not a race but an opportunity for everyone to challenge themselves as an individual, and I believe over a hundred people took the challenge! It was also a great opportunity to get some good aerobic work in with an extended hill climb and no downhill.

Aside: Long or hard downhill efforts cause a fair bit more muscle damage than uphill climbing because of the harsh, eccentric contractions in the legs. Knowing this, I went into the challenge unrested, having stacked a few longer runs before the run (14 mi trail run Thursday, 15 mi run Friday, Moccasin Lake Challenge Saturday), and followed it with another 10 miler the next day. I felt ready for that post-run ice cream cone Sunday afternoon. 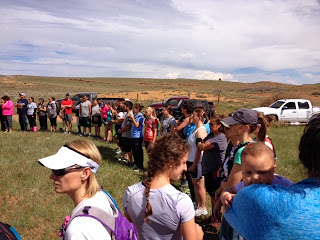 It was a great day, and I spent it running with some great friends, and Gabe and I ran together the whole time. I felt pretty tired and my left hip flexor was a little grouchy, so I definitely slowed him down a bit that day. We were the second and third ones to the top (but it wasn't a race!), with our friend Kevin having had a great run that day and seemingly prancing to the lake riding a spiritual high the whole way up.

The race director Mike Chingman and a ton of folks put in an enormous amount of work, and many generous donations made it an incredibly rewarding experience in every meaning of the word. There was a huge barbecue at the finish, and everyone that made it to the lake under their own power was given an awesome Under Armor tech hoody and a pair of sweatpants, which was also a tremendous bit of foresight or luck, as it was quite windy and chilly at the top despite a starting temperature in the high 70s. It is still hard to believe that the whole production was put on at no cost to the runners. Just an amazing event, and I am very grateful to the Shoshoni to have welcomed us so warmly to what is certainly a very spiritual and culturally-significant event. Can't wait for next year! 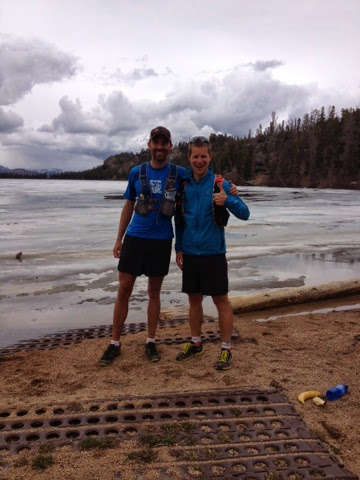 The next week was essentially a recovery and taper week leading up to our Zion Traverse. I didn't run a whole lot, but had tentatively planned to run the first inaugural Run the Red trail half marathon on Saturday. A new race to get folks out and experience the Red Desert (and hopefully see the importance of its conservation), I was looking forward to the opportunity to run fast and see what I could do (maybe even get win and course record!)  but Amber and I got caught up in frantic preparations that Friday night, struggling to pack for Zion and finish and clean the downstairs apartment for the new renter (who was arriving while we would be gone to Zion), and ended up getting maybe 4 hours of good sleep. On top of that, my lower back/hip had been acting up for the previous couple days, so I called an audible the morning of the race and went to work at aid station 1 with Amber instead of racing. Probably a good choice in retrospect, but difficult to make regardless. I took photos of all the runners coming through, and plan to post those to the Lander Running Club page soon. 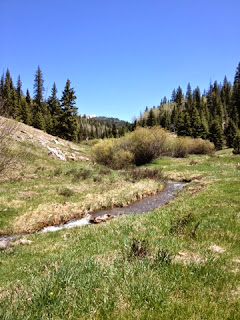 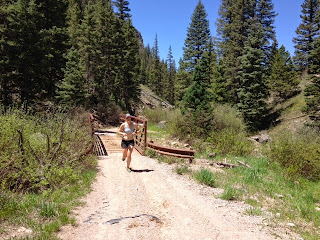 After the race (Kevin came in 1st, finishing simultaneously with another guy from Rock Springs!) Amber and I hit the road, stopping for a nice lunch with her parents on the way. We camped on some USFS land somewhere south of Salt Lake City that night. Sunday we took a bit of a scenic detour for a quick run (a winding highway through the mountains that turned into a dirt road at the summit) that made us a bit late, but we met some friends in Bryce Canyon National Park for a very scenic five mile hike. The trails there are super cruisy and well-graded, perfect for running. I was eyeing the map and there are some great opportunities for a longish run (FKT?!) in a beautiful, high-elevation place. Another place to return to again in the future. That night we camped on some more USFS land somewhere southwest of Bryce and northeast of Zion. We tried to sleep in a bit the next morning, had the ol' diced up apples-peanut butter-yogurt-cinnamon concoction with a bit of kale and chia seeds, and did a nice short hike to a butte just above our campsite before hitting the road.

We got to Zion's east entrance in the early afternoon, and like the last couple visits, it blew my mind again. The sandstone formations there are out of control crazy, huge, and seemingly an endless playground for exploration. I so desperately want to spend a serious chunk of time rambling around in its backcountry. Someday! We stopped to scramble around a bit on the way in and took some photos, and then made our way to our campsite in the South Campground. We hung out and ate lunch, and the whole Zion crew showed up just a little bit later. The crew consisted of Amber and I, Gabe, Jenny, and their little one Ella, Emily, and Gabe's parents. Gabe's parents came down to help watch Ella, enjoy Zion a bit, and also crewed for us in the middle of the run. We got out for a short shakeout run from the Grotto up to the Emerald Pools in the late afternoon, took a dip in the Virgin River near our campsite, and made a most excellent dinner over the campfire: salmon, potatoes, rice, and broccoli. Talk about nutritious and delicious fuel for the run! I think everyone felt a little anxious as we did the final planning and packing for our big run the next day, but as always, all the anticipation was totally worth the next day's adventure.

I'll cover our Zion Traverse effort in the next blog post... stay tuned!