It's been a while since my last post! What can I say? Life happened. Probably the three biggest things to happen recently were that 1) AMBER AND I BOUGHT A HOUSE!, and 2) we started the Lander Running Club, and 3) I'm STOKED to share that I'll be joining UltraSpire as one of their Elite Immortals again this year- I'm honored to have their support and vote of confidence, and really hoping to rope them into some new events in Wyoming, too! So I've been busy, and it looks like I'll be busy for the foreseeable future. A good busy though. 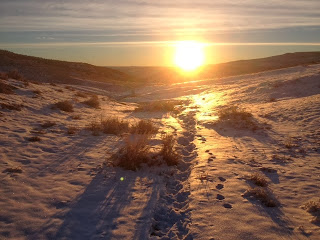 I'm really excited about the Lander Running Club. Right now, we are doing a Workout Wednesday speed or hill workout, and a Saturday morning group trail run. Once summer rolls around the Workout Wednesdays will be on the track, but right now if it snows or is icy we've been hitting hills in town, which is a great strength builder going into higher mileages of the spring anyway. Attendance has been between 3-7 people normally, which is totally fine and to be expected with the winter weather and conditions. There has been a ton of interest and enthusiasm for the club, and I definitely expect it to grow significantly as the weather improves and the days get longer. Big plans in terms of starting some new races, getting involved with the other athletic clubs in town, special events, trail building days, you name it! Just need to find the time to do it all... 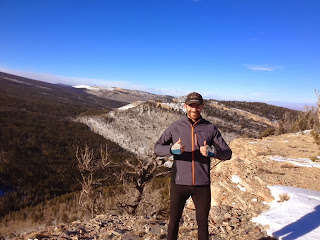 I've been clawing my way back into running shape. Right now I'm trying to slowly build mileage, but keeping an emphasis on strength training for some injury-proofing and improved efficiency and power on the runs. I think that some quality strength work in the "off season" is an invaluable part to anyone's training plans regardless of your distance or sport. I just finished a simple squat workout- 5 (sets) x 5 (reps) at 225lbs, and earlier in the week I did deadlifts 5 x 5 at 245lbs . This is of course combined with other strength work , but those two lifts were the focus of each session, and what I believe to be absolutely foundational to being strong generally, and to being a well-rounded runner.

I'm not working a ton right now, which sucks for my bank account, but it has allowed me to do most of my running on trails during daylight hours- not to be taken for granted in a Wyoming winter! I'm embracing my new location, and hoping to do some new-to-me regional races this summer. Most of those are several months out, so I don't feel a ton of pressure to start cranking out the miles like many ultra runners who are doing a bunch of early season racing. I haven't signed up or committed to anything yet, but likely will try to do the Big Horn 50 miler, El Vaquero Loco 50k, Wild Iris 21k, and maybe a couple rowdy Montucky races. We'll see! I wouldn't mind doing a late summer/fall time, higher-profile ultra. If I'm fit and healthy, I wouldn't mind toeing the line with some serious competition to see what I'm capable of. For now, I'm hoping my late winter and spring consists more of big days in the mountains, whether that takes the form of ski touring, long runs, snow climbs, peak bagging, rock climbing, or some combination of them all. Can't wait to explore the Winds more!

All for now. Stay classy. 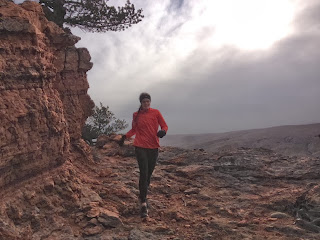 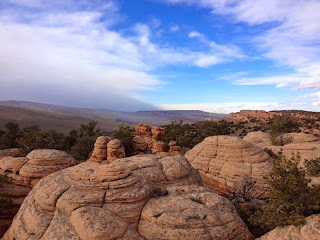