I hate rest days, but I sure do love cross training!

So it turns out that I actually thrashed myself pretty well in the American Canyon 50k two weekends ago. I got back into town a couple hours after I finished the race, and went straight to the gym. I pedaled easy, high rpm for 10 minutes to get the blood flow up, went and did a little water jogging in the pool, and some self massage in the hot tub (I'm pretty sure that looked pretty strange to the innocent bystanders).

I decided that I wanted to turn it into a monster training week and take no rest, just run through it and rack up some miles and finish the week with another big run on the weekend. I ran about 6mi easy the next day with quite a bit of pain in my quads- to be expected. And then I ran the next day, about 5mi easy, with slightly diminished quad pain. AND THEN, I ran the next day, Wednesday, and I was running a little harder and planning to do about 11mi. I got about 3 miles in, and the quad pain was downright unbearable. I made my way back to the office defeated, alternating light running with walking.

I took Thursday and Friday off from running, but being as stubborn as I am, I still went to the gym Thursday to do a "recovery workout." Probably a mistake- I was expecting the pain to be gone by the next day, but it was only slightly diminished. I took Friday off- COMPLETELY. That was painful. To top it off, I drank my face off with a friend that night. Coping mechanism? Maybe. Saturday morning regret? Definitely. It was a good reminder as to why I do not imbibe alcohol on a regular basis. It makes me feel crappy even in very moderate amounts. We'll just reserve that for special/rare occasions.

Saturday afternoon, still feeling a bit off, I got out for a low-effort road bike ride. I did a 30mi loop that I'd done a couple months previously, and it was great to get out and see some country I don't normally see. Road biking is tons of fun! I really do enjoy it immensely, and I have hardly mounted Novia (my bicycle's name, it means "girlfriend" in Spanish) in months. I missed it, and I'm going to start riding her a lot more now that it's getting warmer out and the days are getting longer. Though it was a light effort, there was still a good 1,200ft climb toward the end of the ride, so it still felt like a decent effort for a "recovery day."

Sunday I was going to go for a longer ride, maybe 50 mi or so, really get out there a little bit more. When I got on my bike, I winced with saddle-induced pain. I'd lost my ass-callus! On I went anyway, knowing (hoping) I'd stop feeling it as much in a little bit.  Well, I got about 1.5mi out of town when my front tire shredded. I'd noticed it was looking pretty worn, showing a touch of cord before I started on my ride the previous day. Doneskis. I walked the bike back into town. I drove back to the ole tent, and went out for about a 6 mi run. It felt world's better! I just needed a couple days off from running to let those deeper muscle strains heal.

We had Monday off from work for President's Day, so I had planned to do a ski tour up Castle Peak- a prominent peak just off of I-80 and the Pacific Crest Trail. I've been complaining to confidants lately that California and the northern Sierra are soft. And they are. But I actually had a high-quality day in the mountains, and man was it good to just be back IN the mountains. Stupid foothills. Anyway, it was a great day, replete with a ski tour up to the peak (some flailing about on the steeper slopes, being to stubborn to take the skis off and boot pack up), and a short but fun Class IV scramble up to the true summit (made a little more exciting by doing it in tele boots). The ski off the top of the peak was awful, choppy, and icy, but once we hit the south-facing bowl, it was glorious, blissful corn snow. We were able to cruise pretty effortlessly most of the way back to the trail head.

I had gotten some pain in my right knee the last few times I'd gone out, and I thought it was from hitting my knee on my ski each time, so this time I bought knee pads and wore them for the descent. I had knee pain regardless, and I noticed it while we were still skinning. The knee has been a bit angry all week. Frustrating! So I'm not going to ski anymore until I figure out what the deal is- it is something to do with the motion/tracking of the leg and foot when skiing, I'm sure. No time to have another injury- I just realized Leona is only 10 weeks away! Holy crap time flies.

Take care of yourselves and don't get injured! It's not worth the time and distress. The last time I was out with a case of runner's knee, I couldn't do anything without aggravating the knee for TWO WHOLE WEEKS. Even walking was painful at first. I was probably the most miserable person in Northern Arizona for that time. Eat right, and give yourself time to recover from races and strains. Cross training can be a viable option for maintaining fitness trough some injuries, but not if it aggravates the injury at all, and you have to use your better judgement to make that call. A couple days off to let things heal is almost completely inconsequential in the grand scheme of things, and even missing a few days is not going to ruin your next race or event. If anything, you'll be more rested and run the next workouts better, because you were probably overtraining anyway.

Now, if I could just follow my own advice... One of my favorite movie quotes of all time... "I don't have time to bleed." Name the movie! 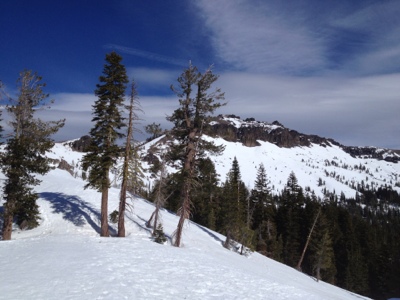 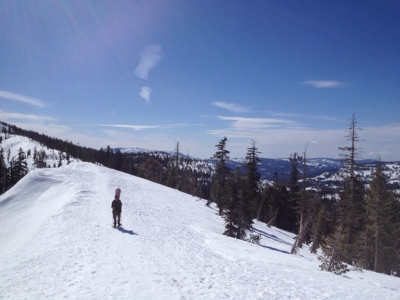 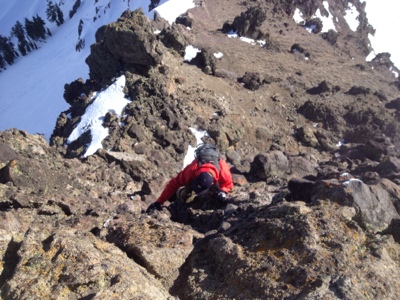 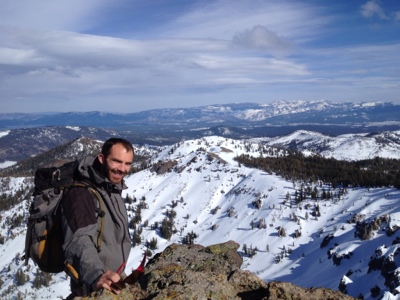 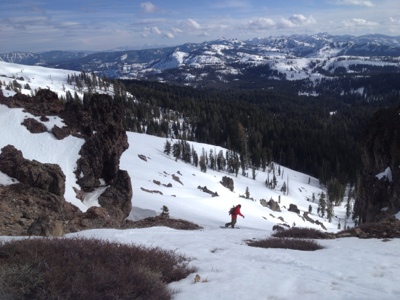